Happy Halloween Eve! I'm excited to announce that Bound by Blood, Book 3 of the Crescent City Wolf Pack series, is now available in ebook and paperback--just in time for your Halloween reading enjoyment!

We first met Bryce and Alexis in Werewolves Only (book 1), but Macey made it clear to Bryce that Alexis was off-limits. Now he's the hero of his own book, and no one can talk him out of pursuing the woman of his dreams. There's a problem though. Alexis is a werewolf, and Bryce has no clue they exist.

I originally planned for this to be book 2 in the series, but Bryce is so skeptical of the paranormal, I felt like he needed more time to warm up to their existence. So Beneath a Blue Moon became book 2, and Bryce learned about witches when he met Rain, the heroine of that story. With his beliefs mildly shaken, he's as ready as he can be to fall for a woman like Alexis.

Alexis is going to try to keep her secrets safe in Bound by Blood, but Bryce is a good detective, and he'll stop at nothing to figure out what's going on. 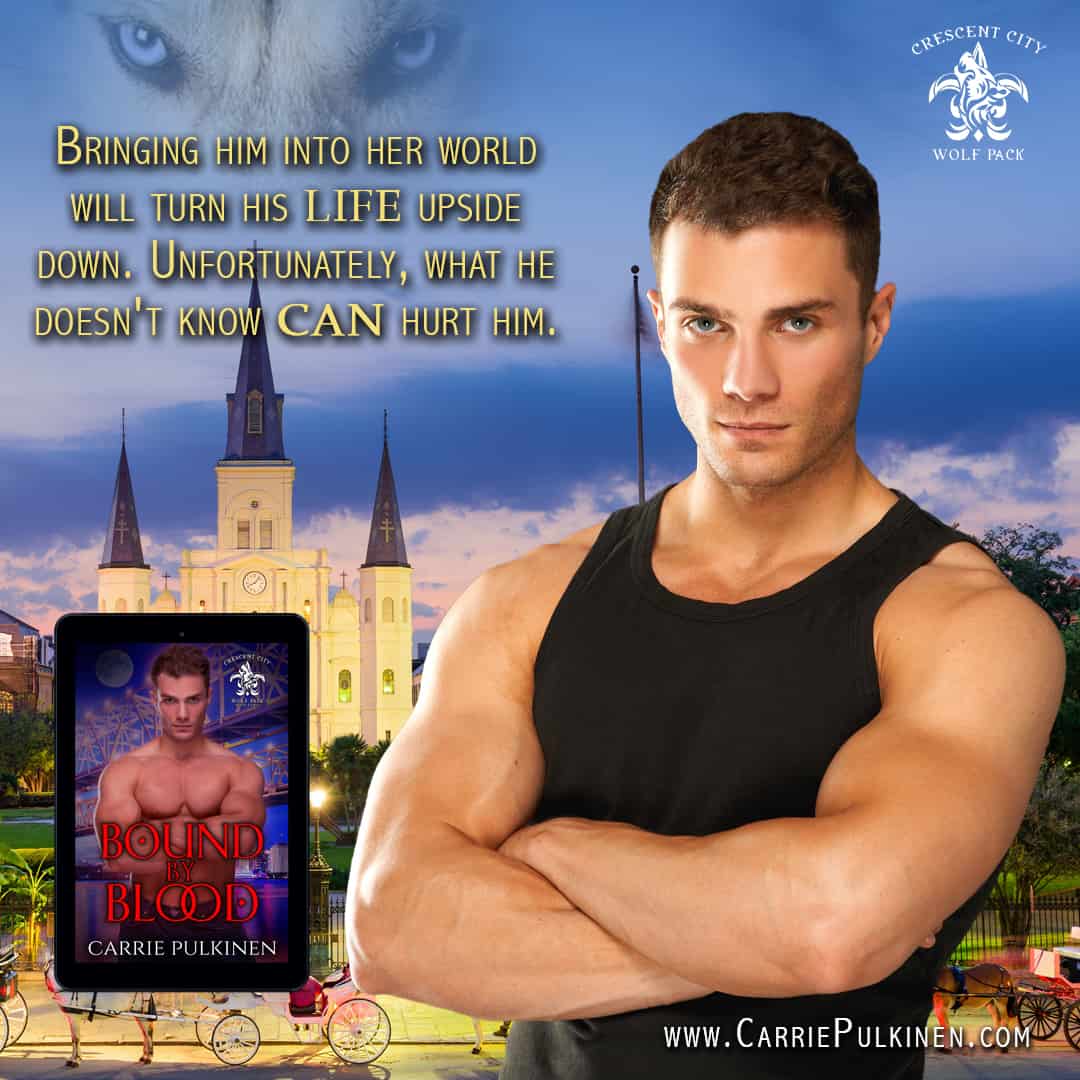 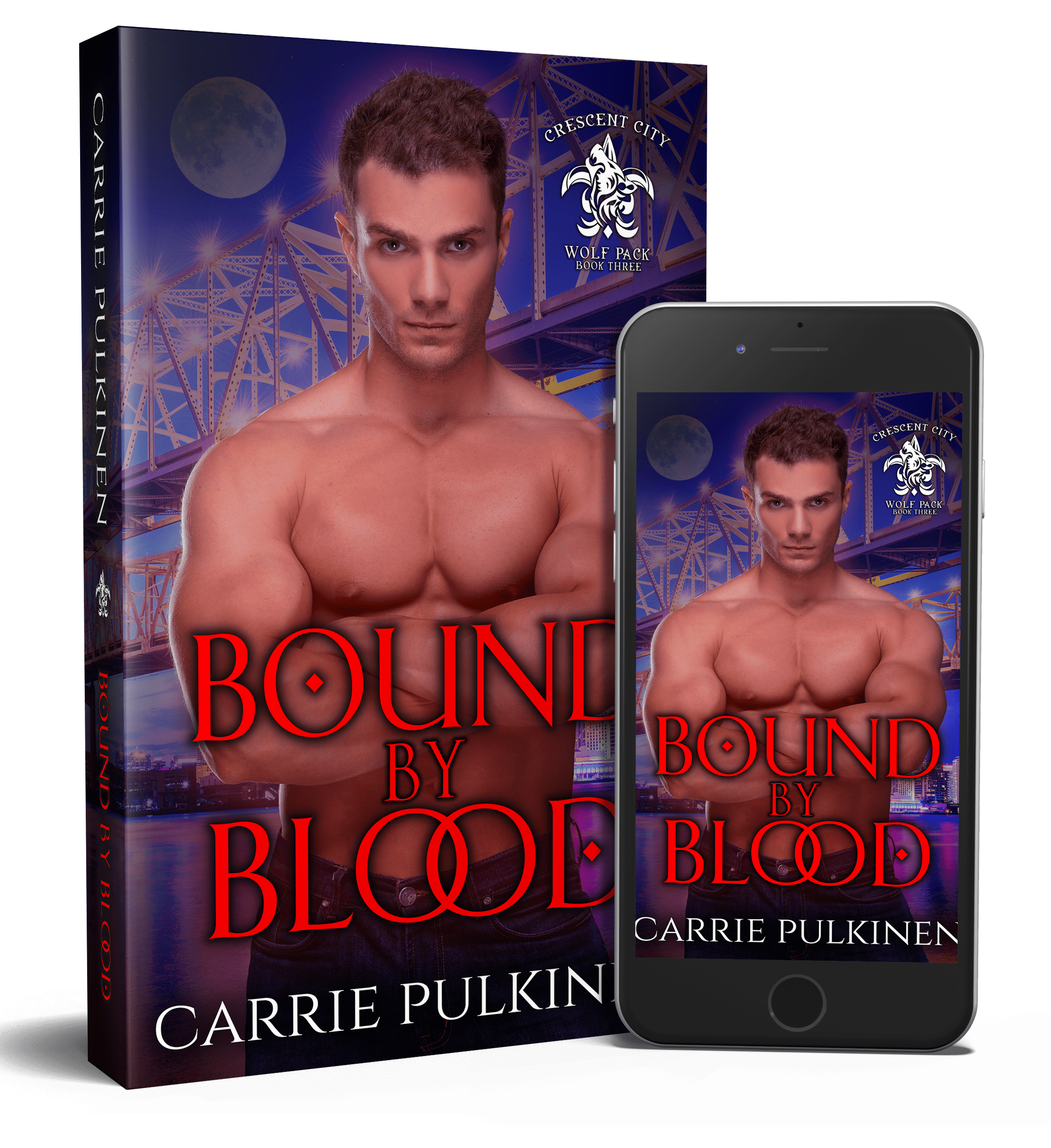 Here's what the book is about:

New Orleans homicide detective Bryce Samuels would rather save lives than investigate deaths. He earns a promotion allowing him to do just that, but he never thinks the people he’ll be tasked to save will be the ones closest to him. When the woman of his dreams shows up on his doorstep, beaten and bruised, the mysteries surrounding her “accident” will leave him fighting not just for her life, but for his own.

A rogue can’t be expected to settle down, especially with a human cop, who doesn’t know werewolves exist. But that’s exactly what Alexis Gentry’s wolf nags her to do from the moment she meets Bryce. When a run-in with her sadistic ex turns deadly, she seeks shelter with the sexy detective to avoid starting a war between the packs.

Alexis guards her heart as heavily as her secrets, but as the walls come down, she can’t help but fall for Bryce. Letting him into her supernatural world will endanger his life, but she soon discovers what he doesn’t know can hurt him.

Here's a clip of me reading an excerpt from the book 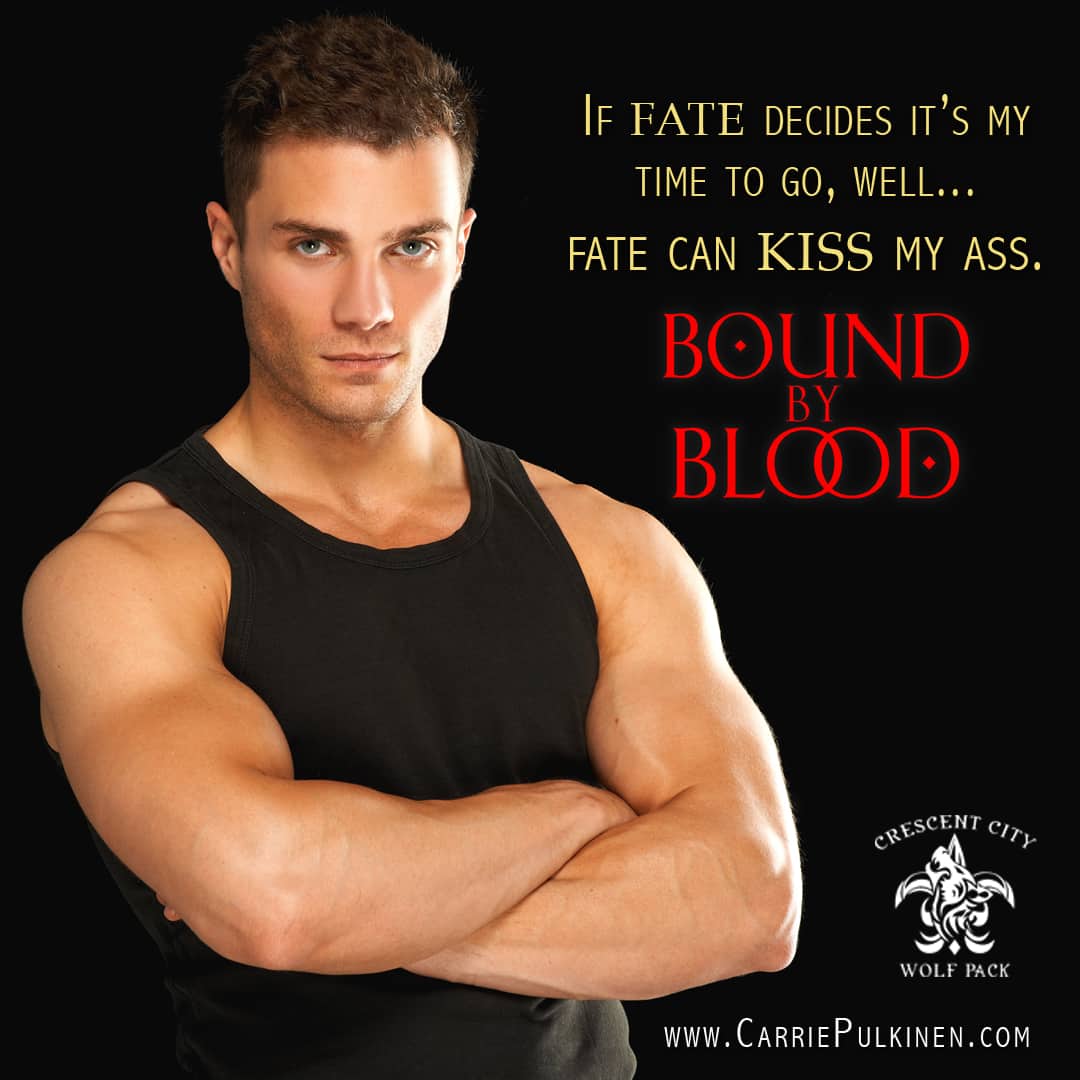 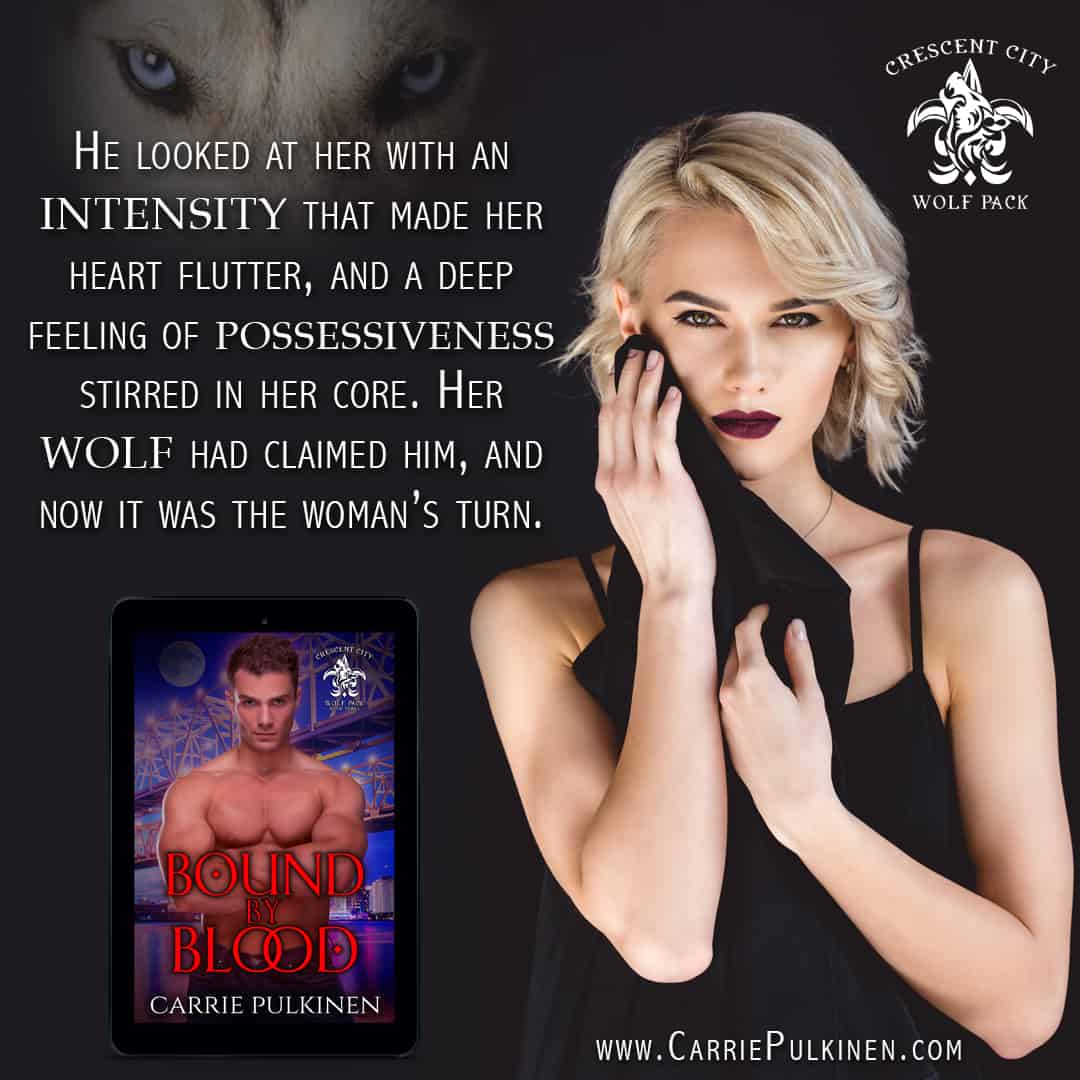