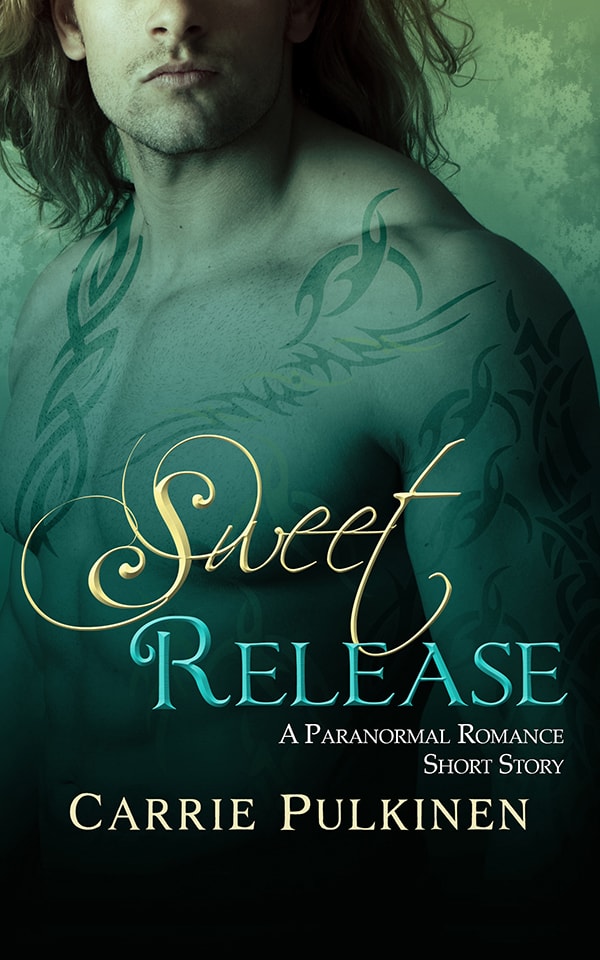 The day Miranda Billings dies isn't the worst day of her life—but it's close.

Miranda is a nurse who's stuck in a passionless relationship and a dull life. The only excitement she has to look forward to is the hot EMT who flirts with her every day. She dreams of adventure and escaping her boring existence, but she has to lose everything—including her life—to find the exhilaration she craves.

When Andre, the half-demon EMT, finds the woman he loves crushed by a bus, he reawakens her soul with his magic and his blood. Now, Andre must decide if he’s willing to let her join him in his perilous quest to slay demons and save humans. He almost lost her once. Is he willing to risk losing her forever?

Become a VIP Reader to Get Sweet Release

"The author is able to create well developed characters and an attention grabbing plot in a short story. My only complaint is that it's not long enough. I want more of this amazing authors creations in which to mentally escape."

Miranda popped a wintergreen breath mint into her mouth and rolled the soreness from her shoulders. Ten more minutes to go.

She straightened her spine at the sound of Andre’s voice and smoothed back her disheveled hair.

The sexy EMT looked at her with intensely emerald, almost iridescent eyes. His wavy, sandy blond hair accentuated his tanned skin and chiseled, masculine features, and Miranda couldn’t help but let out a little sigh every time she caught a glimpse of this perfection of a man.

She grinned. “Right, because wrinkled scrubs are so sexy on a nurse just getting off a twelve-hour shift.” Her heart had raced when she’d seen him wheeling a stretcher into the ER earlier this evening. Now, with Andre standing right in front of her, it threatened to beat a hole through her chest.

His mouth pulled up on one corner. “They’re sexy on you.”

Heat flushed her cheeks, and she mentally reminded herself she was taken. True, she was in a passionless relationship, but it was still a relationship. She respected her boyfriend, even though he rarely respected her anymore.

Still, she closed her eyes and inhaled Andre’s dark, musky cinnamon scent. Her knees wobbled. If he complimented her one more time, her legs might buckle, and she’d fall right into his arms.

That might not be such a bad thing. Stop it Miranda. Change the subject before you do something stupid.

“The patient you brought in earlier…Is he going to make it?”

The heat of rage flashed in Andre’s eyes before he lowered his gaze. “No. He died before we got him to the OR. I knew I wouldn’t be able to save him…”

She touched his arm to comfort him, and the feel of hard muscle and sinew under his soft skin sent warmth coursing through her veins. “You can’t save everyone. You’ve got a pretty good track record, but you’re not God.”

Before she could pull her hand away, he caught it and lifted her fingers to his mouth. When his velvet lips brushed her skin, prickling heat shot up her arm, and she exhaled a quiet whimper. Did he have any idea how his touch affected her?

“You better get out of here before you get me in trouble, mister.” A flirtatious smile curved her lips as she yanked her hand away and shuffled paperwork on the counter.

“I’ll see you later, Miranda.” Andre winked and walked away.

What a way to end the night. Just being near this man had her stomach twisting in knots. She couldn’t help but admire his tight backside as he sauntered down the hall and disappeared around a corner.