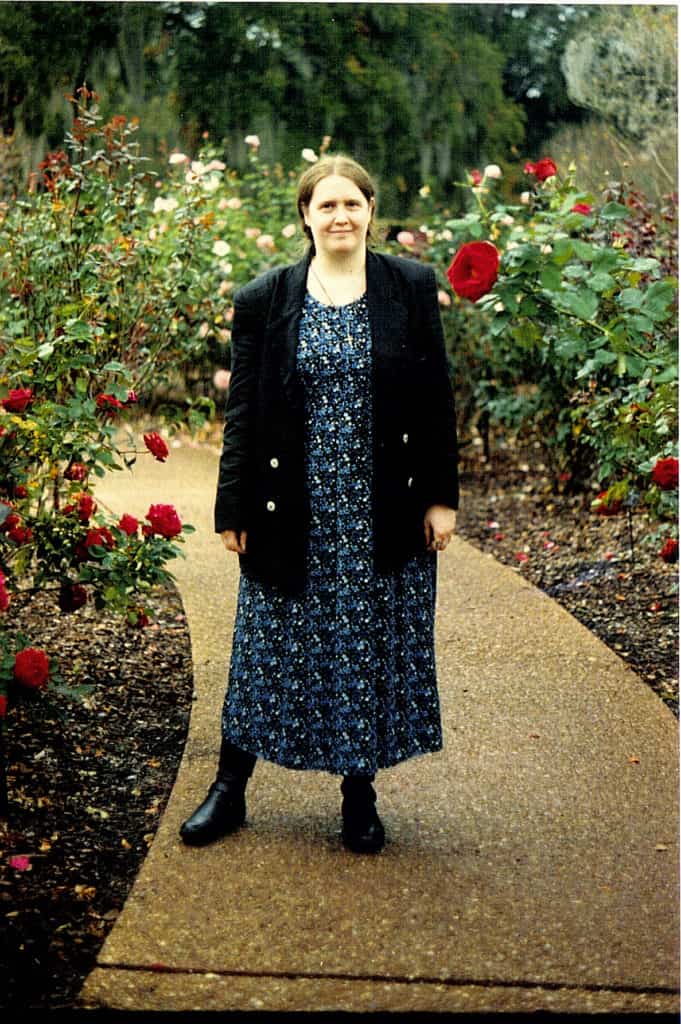 I never understood how odd my novels were until the first one (Protecting the Dead) was published recently, and I started trying to market it. Once I did, a lot of the reaction I got was somewhere along the, “Huh?” spectrum. Apparently, I don’t fall into categories as easily as I thought.

I’ve tried to figure this out. I write romance, certainly (I love a good HEA). My novels are always set in an alternate, paranormal world, which becomes more wide-ranging with each one I finish. Much of what’s paranormal or urban fantasy today, though, tends to be rather (or very) dark. I always feel that real life gives everyone enough of that, so I enjoy writing weird, quirky, comic stories peopled mostly by lots of odd, loving characters (be they human, angels, shifters, vampires, or a dozen other varieties of life).

Just the focus on the light and comic seems to have bewildered some readers. Then, there’s the issue of a few of the particulars in Protecting the Dead, which is set among a background of angels and demons in a supernatural apartment complex in a suburb of Atlanta. I had one reviewer who saw the story as Inspirational, which surprised me, since most of those novels tend to stick very closely to one preset, recognizable cosmology, and mine so, so doesn’t (if you know of a religion which has God as a slightly-cranky but loving little old Jewish lady, I’d be interested in hearing more about it).

My novels, then, are for those readers who want the good people to win and who like spending time with a community which supports one another. They’re for those who want some humor and a good deal of sweet romance. And I guess Protecting the Dead is also for those who can appreciate a sort of weird, slightly new-agey spirituality which doesn’t really fit anyone’s established rules. I hope that will prove to be you.

To give you a little taste, here’s a part where the heroine, Lydia, has just collapsed after confronting one of the minions working with the demon who has been after her much of her life. She’s lying with her head on the lap of the hero, Geoffrey, as she recovers. They’re being questioned by Glory, one of his angelic colleagues: 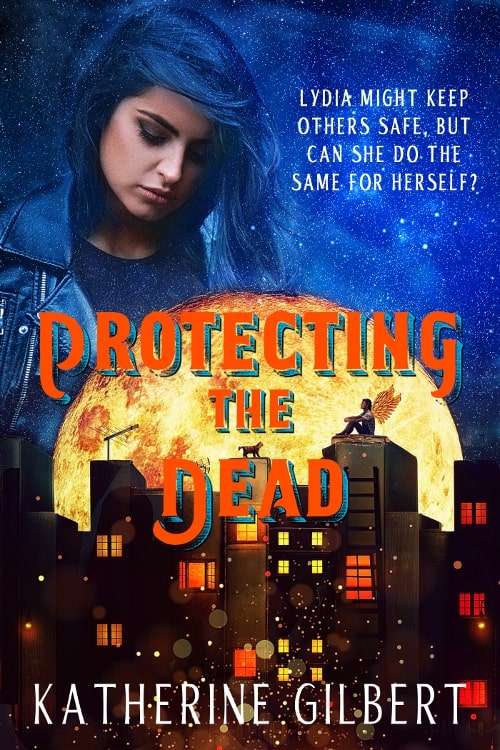 To Lydia’s surprise, Geoffrey didn’t seem the least bit apologetic. “She banished him.” His eyes were surprisingly dark, when she turned back to watch him. “Damian deserved it.”

“Wait. I what?” Lydia wondered.

“Shh,” Glory commanded before glaring back at Geoffrey. Clearly, Lydia was entirely secondary to the conversation. “Care to explain that again?”

Lydia wanted to second that request but had the sense to stay quiet. She turned her head, watching Geoffrey. “I said she banished him.” His eyes burned. “He was trying to renew the demon mark.”

That wasn’t anything she didn’t know already, but it made Lydia shudder, nonetheless. It took a second to really focus on Glory, whose worried look moved back and forth between the pair on the couch, her eyes narrowing. “Did he succeed?”

Geoffrey’s hand was underneath Lydia, warm against her back, his eyes still bold. She knew he was renewing his own mark, her whole body heating, healing. “No one will.” He looked down to her tenderly. “Not while I exist.”

It was a lovely moment, his gaze saying so much. Lydia barely dared to hope that any of the messages she imagined were real.

The intensity was broken by a small, “Hmph,” from Glory. When Lydia glanced back, Glory had propped herself onto the side of a large chair, her arms crossed, as she watched Geoffrey sarcastically. “All right, Romeo. And where were you? Jerusalem?”

This seemed to be an old joke between the pair, even if there wasn’t much humor there now. Strangely, too, Lydia realized that she already knew the answer. “He was with me. He was beside me the entire time.”

It was what had given her the strength, she was sure, to rebel against the demon. Something inside her sank. Just like with Lyle, that one night. He, too, had reminded her that she could be herself, his presence making her realize that there might indeed be a future outside of Hell. Geoffrey’s look soured slightly, possibly as a result of the head angel’s increased glowering, and Lydia winced, glancing back at her boss, her voice becoming smaller. “Or should I just shut up now?”

To her surprise, Geoffrey smiled, the look warming her in any number of ways.

Strangely, Glory seemed a bit more satisfied, finally relaxing, as she stood up. But whatever acknowledgment she might have given was more than a little lost on Lydia. She only caught the sound of the door closing, Geoffrey kissing slowly along her face. Suddenly, she wasn’t so sure that her hopes were all that foolish.

There were still a lot of questions, her mind struggling to voice them. “G-Geoffrey,” she managed, just as his lips kissed a soft, tender spot along her neck. But the groan she let out was echoed every bit as loudly in the angel.

She didn’t have a second to analyze — or doubt — after that, soon caught in a kiss unlike any she had even imagined before. It wasn’t chaste, wasn’t subtle. It was more a plea from the angel’s deepest soul.

The intensity of the connection had her spellbound, incapable of focusing anywhere else. It wasn’t anything like she had experienced that one night with Lyle, his most fervid kisses seeming paltry and meaningless in comparison. This touch lit her soul, made her recognize a bond far beyond any she could explain, one that existed on both the most expressively physical and achingly spiritual levels. It wasn’t the kiss of someone assigned to look after her or someone who had only a general interest in her welfare, was utterly giving and incredibly possessive, all at once. And it made her wonder, for the very first time, whether it was possible that she might be supposed to know true love.

She had rather lost track of time when the angel finally pulled away, his fingers now stroking lightly over her throat. She sat up, facing him, as he held onto her hand. His eyes were burning, not giving her time to question or doubt. “I am not Lyle,” he whispered fiercely before pulling her back in to him for one more deep, singeing kiss. He seemed to force himself away from her only by sheer will. “Don’t ever think that…”

If you’d like to read more, you can find Protecting the Deadas an ebook at any of the following (it should also be out in paperback sometime soon):

Feel free to drop in by my Facebook page, too, where I post about the weird and the beautiful: https://www.facebook.com/Katherine-Gilbert-Author-102573417043950/

You can also sign up for my monthly newsletter here: http://eepurl.com/dCcccL