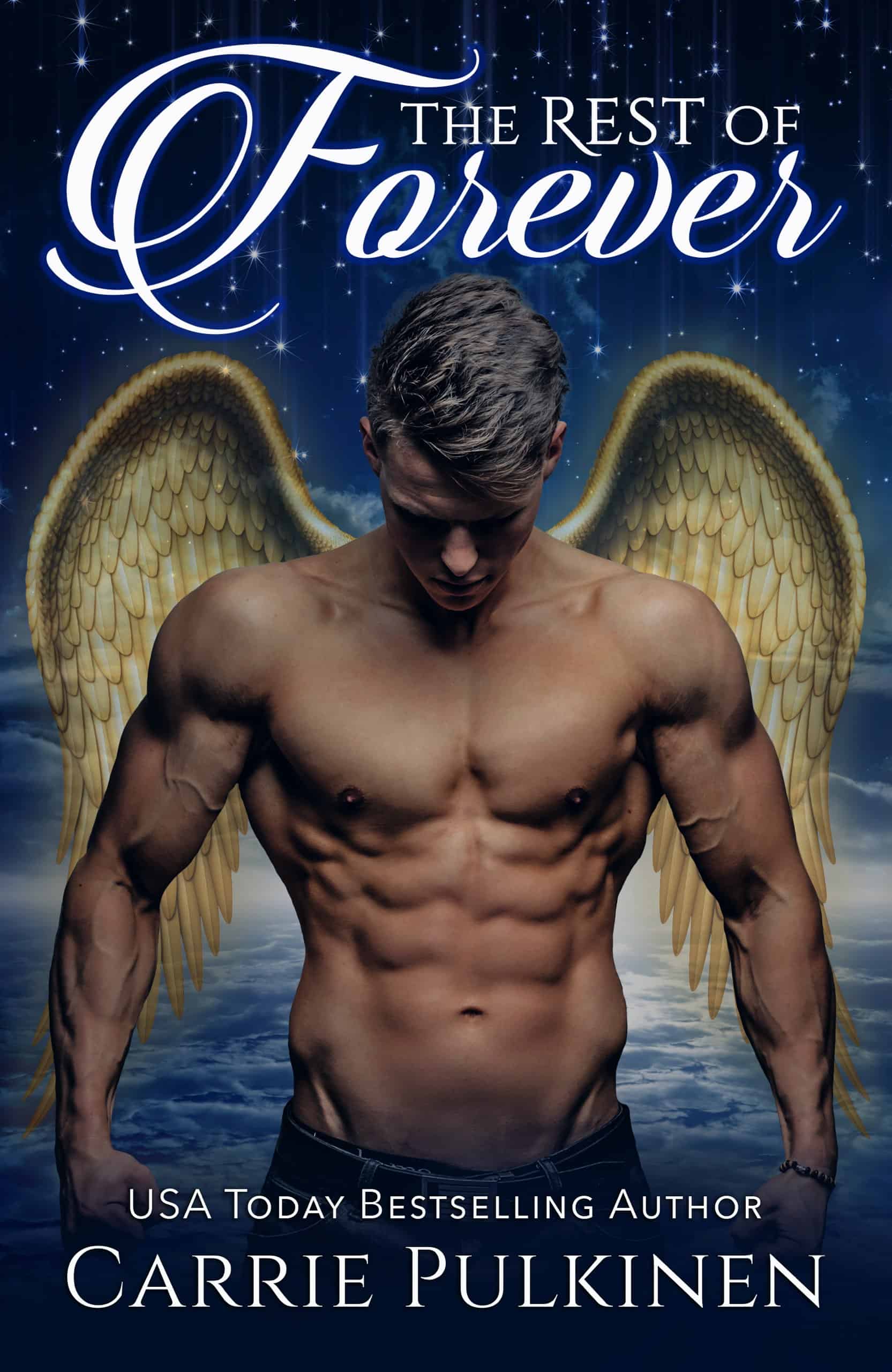 She longs for the perfect life...

High school history teacher April Carter never asked to be an angel. When she dies at the young age of thirty, she should go to heaven like a normal person. Instead, she wakes up in the afterlife as an angel-in-training with Damian as her mentor. She had enough of the insufferable man in life. Now...

Damian plans to help April cross over and be done with her. Being assigned as her trainer is the last thing he needs. She's stubborn and strong-willed, and she's ignited a fire in his soul he didn't think could ever burn again.

But April might not be cut out for the angelic realm.

Can Damian teach her the ways of the guardians?

Or will her stubbornness be the end of them both?

If you like steamy romance with alpha heroes, you'll love this enemies-to-lovers paranormal romance.

"I think this is the very first time I've read a book with angels in it that didn't involve battles with demons. It was actually refreshing to see the conflict arise that had nothing to do with "evil" as much as the struggles with the basic human condition... If you're a romance fan who likes angel themed stories, this one is for you!" ~Up Till Dawn Book Blog

"Definitely an interesting story, and one that I’ve never truly encountered before. The story pulls you in at the beginning and has an exciting end." ~Romance Novels for the Beach

"If there is such a thing as the Guardian Angels described here, heaven help us, they are awesome...Lovely story, characters are fantastic" ~EskieMama & Dragon Lady Reads

"Whew! Love the tension between April and Damian! The concept of the variant realms is compelling. A transcendental experience that is truly engaging." ~Amazon Customer

"There was suspense and intrigue as well as racy romance scenes that made for quick, fun, guilty pleasure reading." ~Amazon Customer

"I LOVED this book! I fell in love with the characters and the story! It's fantastic!" ~Amazon Customer

Damian lay on the bed behind her with his arm across her body. God, I wish I could feel her. The memory of the way she fit in his arms tightened his chest, and he yearned to feel her warmth again. To feel her soft curves pressed against his body. She could’ve used some real affection. But as much as he wanted to give it to her, it wasn’t his place. He’d have to settle for comforting her from The In-Between.

She took a few deep breaths and slowly drifted to sleep. The tension in her body relaxed, and her pulse slowed to a steady, rhythmic beat. Rest was exactly what she needed to chase away the fear and guilt that must’ve been coiling inside her. To be betrayed by someone who was supposed to love her. He couldn’t imagine what she must’ve been feeling.

He breathed in her intoxicating scent and closed his eyes. He was getting in too deep, and he needed to get away.

But as the last of the tension left her body, she exhaled and whispered, “Damian.”

Hearing his name dance from her lips made his heart lodge in his throat. Was she dreaming about him?

A soft moan vibrated from her chest, and she nestled her head into the pillow.

She couldn’t possibly be dreaming about him, could she? He’d tried so hard to make her hate him. What dream could possibly be twirling through her mind? She was sound asleep, and he knew it was safe to leave her alone.

As much as he hated to admit it, he liked holding her, whether he could feel her body pressed to his or not. There was nowhere in the universe he’d rather be. And he desperately wanted to hear her whisper his name again.

Get it together, man. It’s not gonna happen.

The sun set, and soft moonlight filtered through the window, giving her skin an angelic glow. Even with her tear stained cheeks and disheveled hair, she was magnificent. The soft rise and fall of her chest, her gentle breath, her fragile posture. He could’ve held her forever.

But he needed to leave. To get away from her before his thoughts went any farther down the path he’d been avoiding all this time.

He pulled his arm from around her and prepared to Jump. She moaned and reached to the place where his arm had rested moments before.

He froze, his body paralyzed in anticipation, and swallowed down the lump in his throat. Did she sense him? Did she know he was there with her? No, it wasn’t possible. Charges felt comfort from their Guardians, but they never knew why.

Liquid warmth flowed from his core, out to his limbs. His heart raced at the sleepy sound of her voice. He imagined it was how she’d sound in the morning, after a long night of lovemaking.

But he could not think about her that way. There was no way in hell he’d ever fall for a Charge. Not if he could help it.