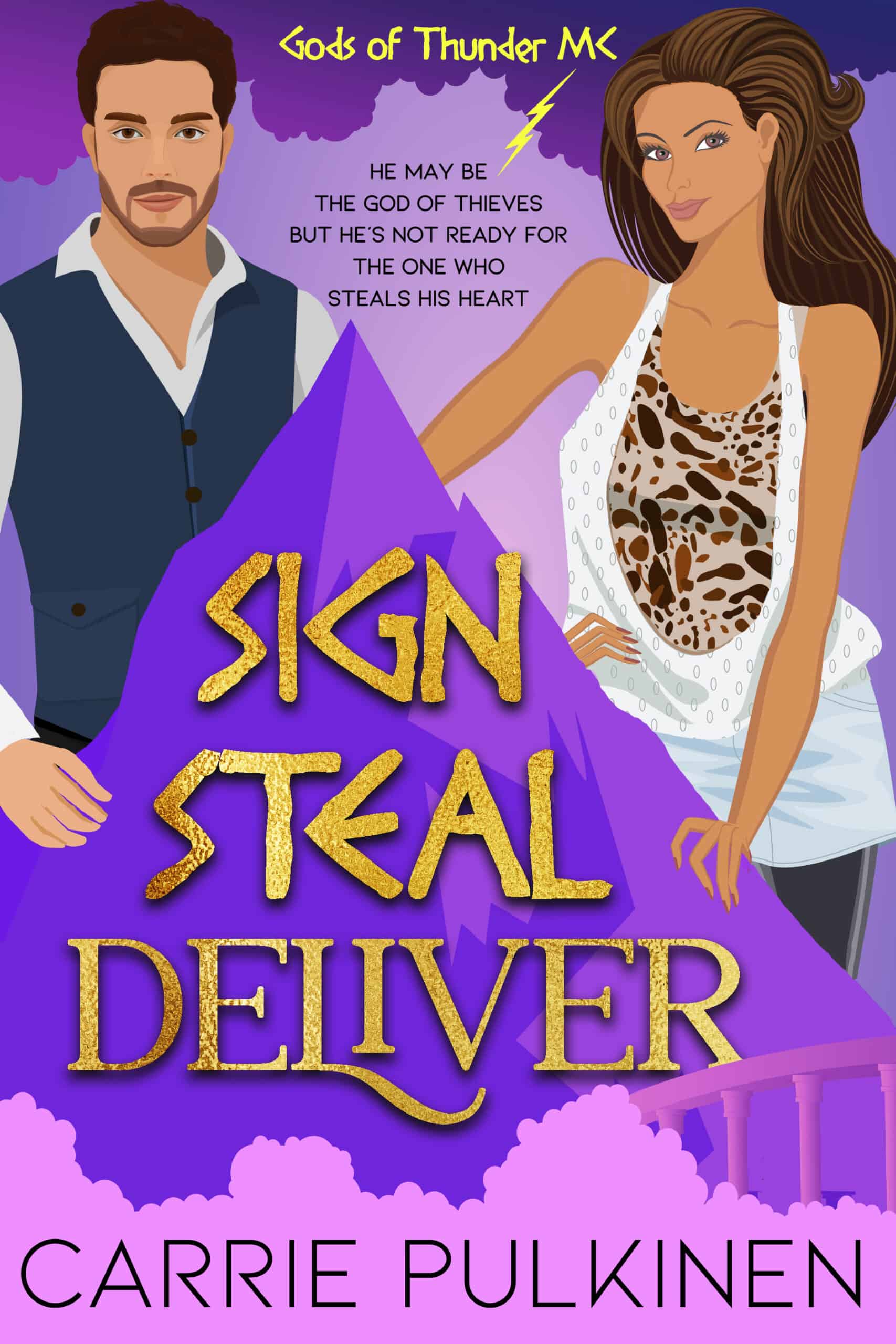 He may be the god of thieves, but he's not ready for the one who steals his heart.

Calico shifter Kat Gataki has a plan. All she has to do is swipe the key to the underworld so she can get down to Elysium and apologize to her sister for being a royal witch with a capital B.

It should be a piece of cake for a trained cat burglar like herself, but there’s one slight problem. The owner of said key happens to be Hermes…as in…the smoldering hot god from Olympus.

And no one steals from the god of thieves.

That’s what Hermes likes to believe until a trip to Mardi Gras introduces him to the most alluring cat burglar he’s ever seen.

Hermes wastes no time falling head over winged sandals for Kat, but following his heart soon lands him in a mess of trouble that only the Fates could see coming.

Kat has stolen both his key and his heart, and he only has twelve hours to find her. If he fails, they'll both be spending eternity in the underworld.

If you like quirky humor and heroes with heart, you'll love this Greek gods inspired paranormal romantic comedy! 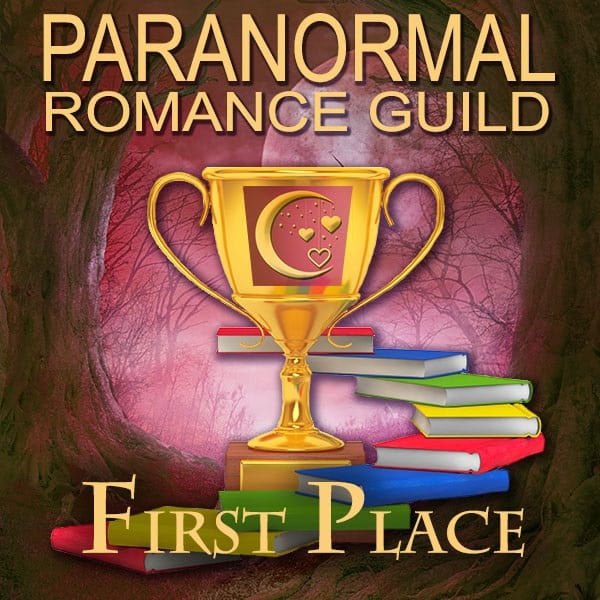 What Readers Are Saying

"The romance was sweet and heart warming, this couple was perfect for each other. This book made me laugh and actually tear up towards the end. There was nothing about this book that wasn’t absolutely wonderful." ~Goodreads Reviewer

"This was a quick, fun, paranormal read that was full of humor and romance. I highly recommend this book." ~Goodreads Reviewer

"This is a delightful story with humour, steam, and intrigue." ~Goodreads Reviewer

“Now this is what I call a party.”

Hermes leaned back in his chair, lacing his fingers behind his head and extending his legs as he soaked in the scene. A mass of humans dressed in togas and laurels danced down the center of the road. A five-piece brass band belted out a lively tune as they hung a right at the intersection and continued on their way, and Hermes tapped his foot along with the beat.

He held up his wrist so Agnes and Avernus, the snakes spiraling up his caduceus, could see the revelry. Carrying a full-length staff around in public made it difficult to keep his identity a secret—which old Z insisted all the Olympians do—so he shrank it to wristwatch size and wore it as a bracelet most of the time. “What do you think? Best vacation ever?”

“But would they sssstill be honoring you if they knew you were retired?” Avernus asked.

“It’s a good thing they don’t know. Isn’t it, Vern?” Hermes winked, and the wings on his caduceus-bracelet fluttered.

A group of college boys whistled as a woman riding a powder-blue Vespa rounded the corner. She parked on the curb in front of the guys and slid off the scooter before stepping onto the sidewalk and turning toward Hermes.

Her long, dark brown hair was swept back behind her shoulders, and a light coat of shimmery pink eye shadow accented her brown eyes perfectly. She wore a delivery uniform with a purple short-sleeved button-up that had the acronym NOGS embroidered on the front.

His breath caught, and his pulse kicked up as she checked something on her phone. As the messenger god, he held an affinity for those in the courier business, and as a hot-blooded man, he couldn’t deny her beauty. Though mortals rarely ever prayed to the Olympians for assistance these days, he’d be happy to bless this delivery woman with a little extra speed and safety on her journey.

As she slipped her phone into her back pocket and strode toward the gods’ rental home, one of the college kids caught her by the wrist. “Where you going, sweetheart?” he drawled.

Hermes leaned forward in his chair as a strange urge to protect this woman he’d never met overcame him. Well, maybe it wasn’t completely strange. She was a courier, one of his people, but this urge felt stronger than anything he could recall.

“Hmm…” A slow smile curved the woman’s lips, and she placed her free hand on the boy’s shoulder. “I’m going to pick up a delivery. Where are you going?” Her voice was seductive, a purr that could give Aphrodite a run for her money.

The guy let out a cocky laugh and released her arm, which she immediately slid behind his back. “How about you forget the delivery and come inside with me?” he asked.

She stepped back and tossed a black rectangular object at the guy’s chest. Was that his wallet? Hermes chuckled. It sure was.

The guy caught it, a baffled expression contorting his features as the woman dangled his watch in front of his face.

“How about you learn to treat women with respect?” She dropped the watch into his hand, turned on her heel, and marched toward the gods’ house. Pausing at the foot of the porch steps, she took a deep breath and blew it out hard, shaking her head as if to chase away thoughts of the confrontation.

Hermes rose to his feet, unable to fight his smile. She was a courier and a thief. “Be still my heart.”

“Great form,” he said as she climbed the steps and stopped in front of him. “The wrist flick when you snagged his wallet was a nice touch. Very professional, but why did you give it back to him?”

“I didn’t need it.” She tugged her phone from her pocket again and swiped the screen. “Are you Cole Black?”

Cole was Hades’ alias among the mortals. Z didn’t want them to use their real names—anonymity was supposedly best—but Hermes couldn’t bring himself to go by any name other than his own. What was the point?

“I’m with NOGS,” she continued, pronouncing it like a word rather than letters, “here to pick up a delivery.”

He laughed. “Surely your employer doesn’t allow you to call your company NOGS. No respectable courier service would go by such a name.” N-O-G-S would be the correct pronunciation. It had to be.

She pointed at the letters on her shirt. “NOGS.”

He pursed his lips, wanting ever so badly to press the issue—NOGS was the most ridiculous name he could imagine—but she seemed agitated, almost as if the mere presence of a god didn’t faze her.

Intriguing. He stepped toward her. “Who taught you to pickpocket?”

She cocked her head, giving him a curious look. “No one.”

Her brow arched. “Is Mr. Black inside?” She held his gaze, moving closer and placing her hand on his shoulder…the distraction. Her other hand reached behind him as she brushed past, and, had he been mortal, he might have missed the faint sensation of his wallet lifting from his pocket.

But Hermes wasn’t mortal—nowhere close—and he did, in fact, sense her trick. Before her lithe fingers could claim their prize, he spun, clutching her by the wrist with one hand, while simultaneously whisking her necklace free and clutching it in his fist. “Nice try, dearest, but no one steals from the god of thieves.”

“In every sense of the word.”

Hermes grinned. Would she speak to him this way if she knew who he really was? Gods, he hoped so. The woman was fierce.

“Well, Kathryn of N-O-G-S, it’s a pleasure to meet you.” He returned her necklace.

“I’m sure it is.” Her voice dripped with sarcasm as she snatched it from his hand. “Are you Cole Black or not? I’ve got a job to do.”

“Indeed you do. Cole is inside.”

“Thank you.” She rang the bell, and Hermes returned to his seat in the wicker chair, staring out across the road, while watching the alluring Kathryn from the corner of his eye.

Hermes—and all the gods—had been attracted to plenty of mortals over the eons. He’d always had a soft spot for travelers, traders, couriers, and thieves…but something about Kathryn appealed to him on a deeper level. It almost felt as if a thread of his fate had been woven into hers, and only now that he’d met her had it been pulled taut.

Crazy, he knew. As if the Fates would send him a soulmate after all these millennia. No, this was a case of a man being attracted to a beautiful woman. Nothing more.

Hades answered the door, and Kathryn’s gaze swept over his tattooed arms before meeting his eyes. “I’m Kathryn from NOGS.” She glanced at Hermes, a playful smile tugging on her lips as if she said it as a word just to irritate him.