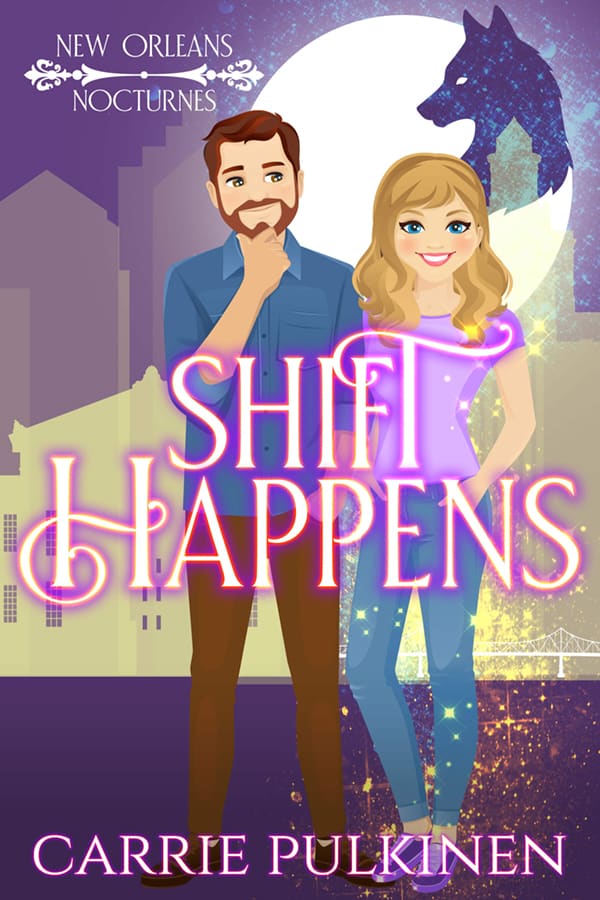 She wants to bang a werewolf, not become one.

Sophie Burroughs is determined to be a witch. Her grandmother was a witch. All the other supes say she smells like a witch, but she can’t cast a spell to save her life.

Sprouting fur is so not on her to-do list.

But when a smokin' hot werewolf bites her and then accuses her of crimes against his pack, she has until the next full moon to prove him wrong and stop his magic from transforming her into a wolf.

A romp in the sack would be a nice bonus, too.

Trace Thibodeaux didn’t mean to bite Sophie. The red wolves have been cursed, she's the prime suspect, and if he wants to keep his rank in the pack, he has to end her magic by any means necessary.

But that doesn’t include sheathing his sword in a witch’s scabbard.

He’s gotten into bed with the enemy before, and that’s a mistake he’ll never make again.

If you like funny heroines and smoldering shifters, you'll love this steamy paranormal romantic comedy.

Other Books in the Series: 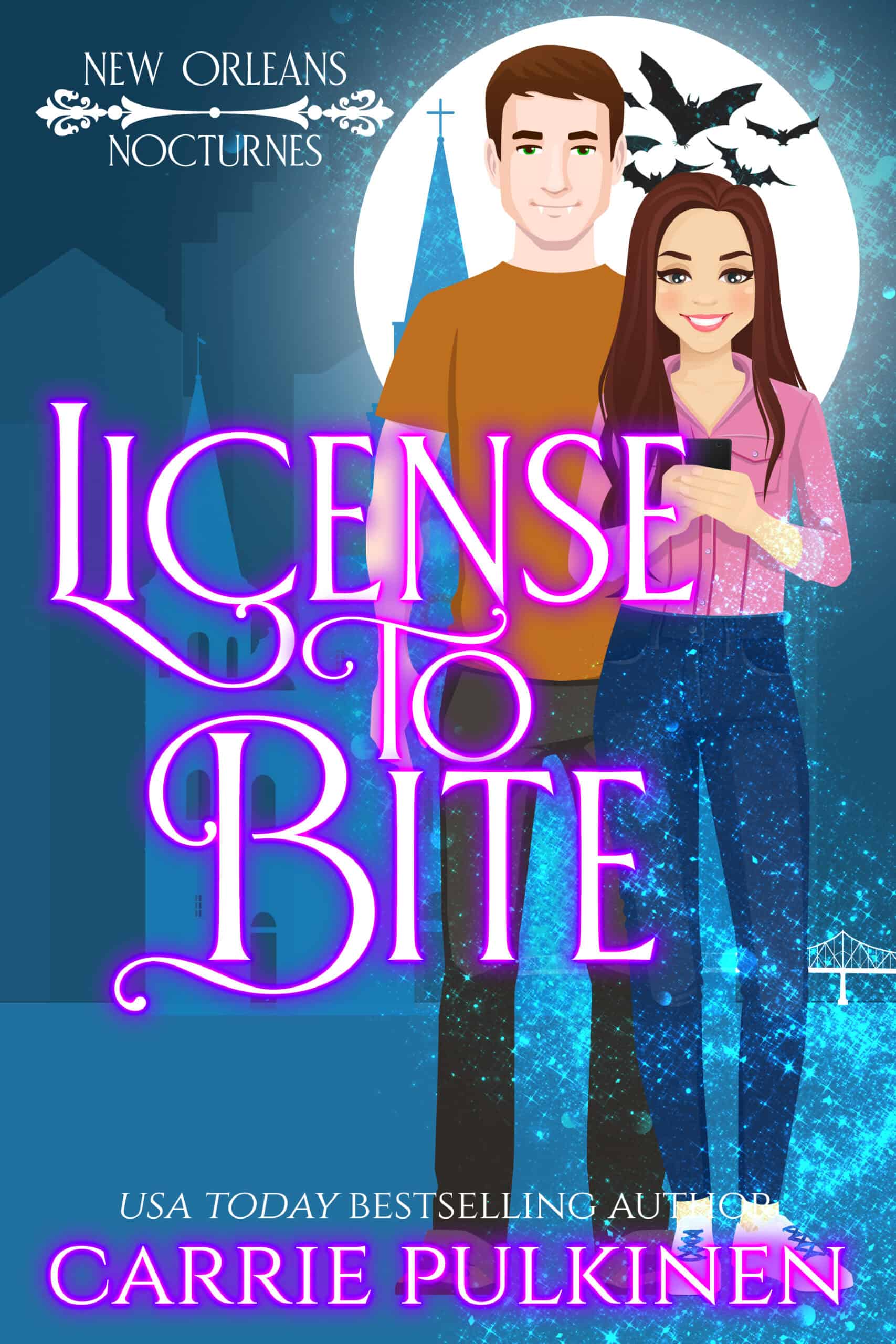 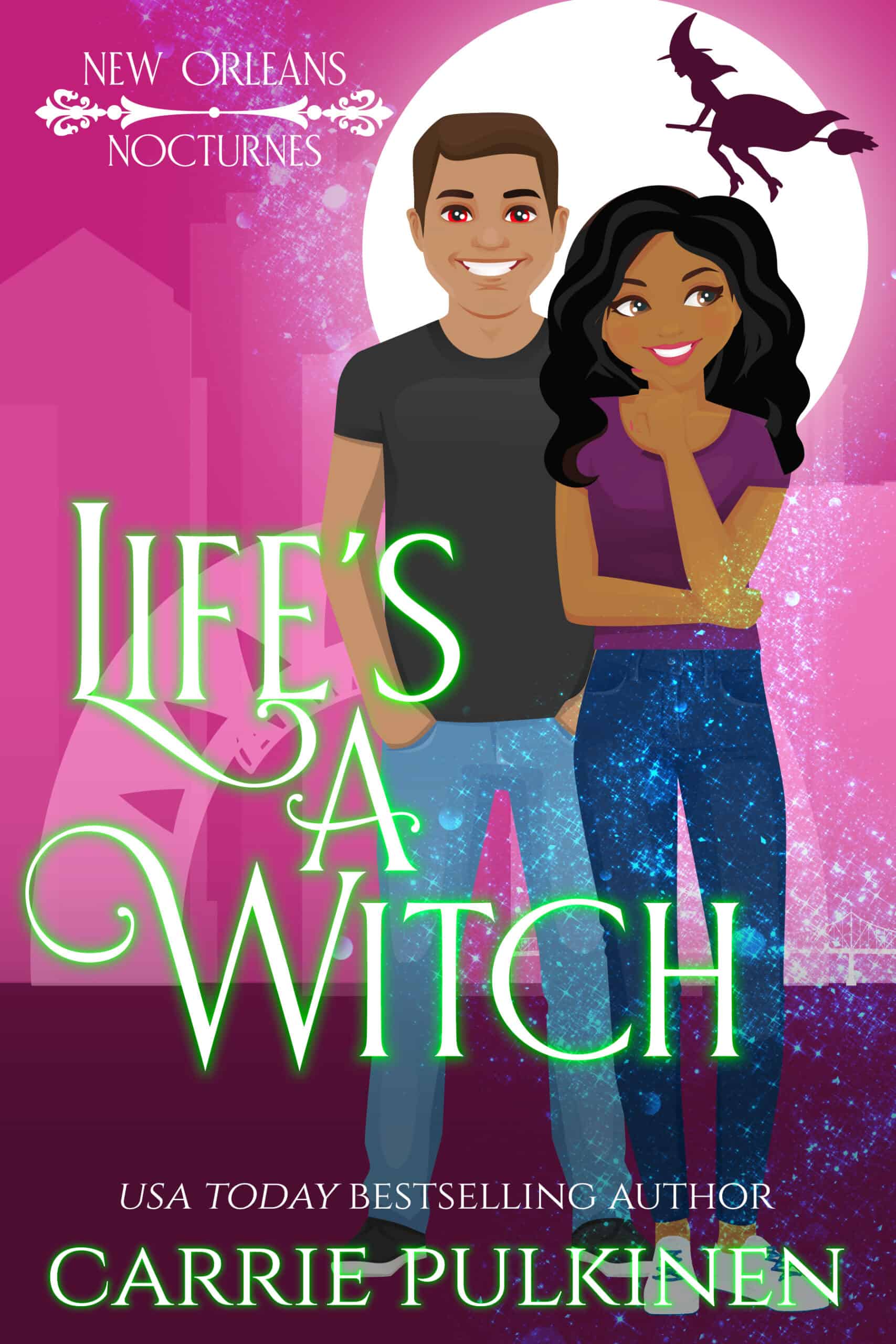 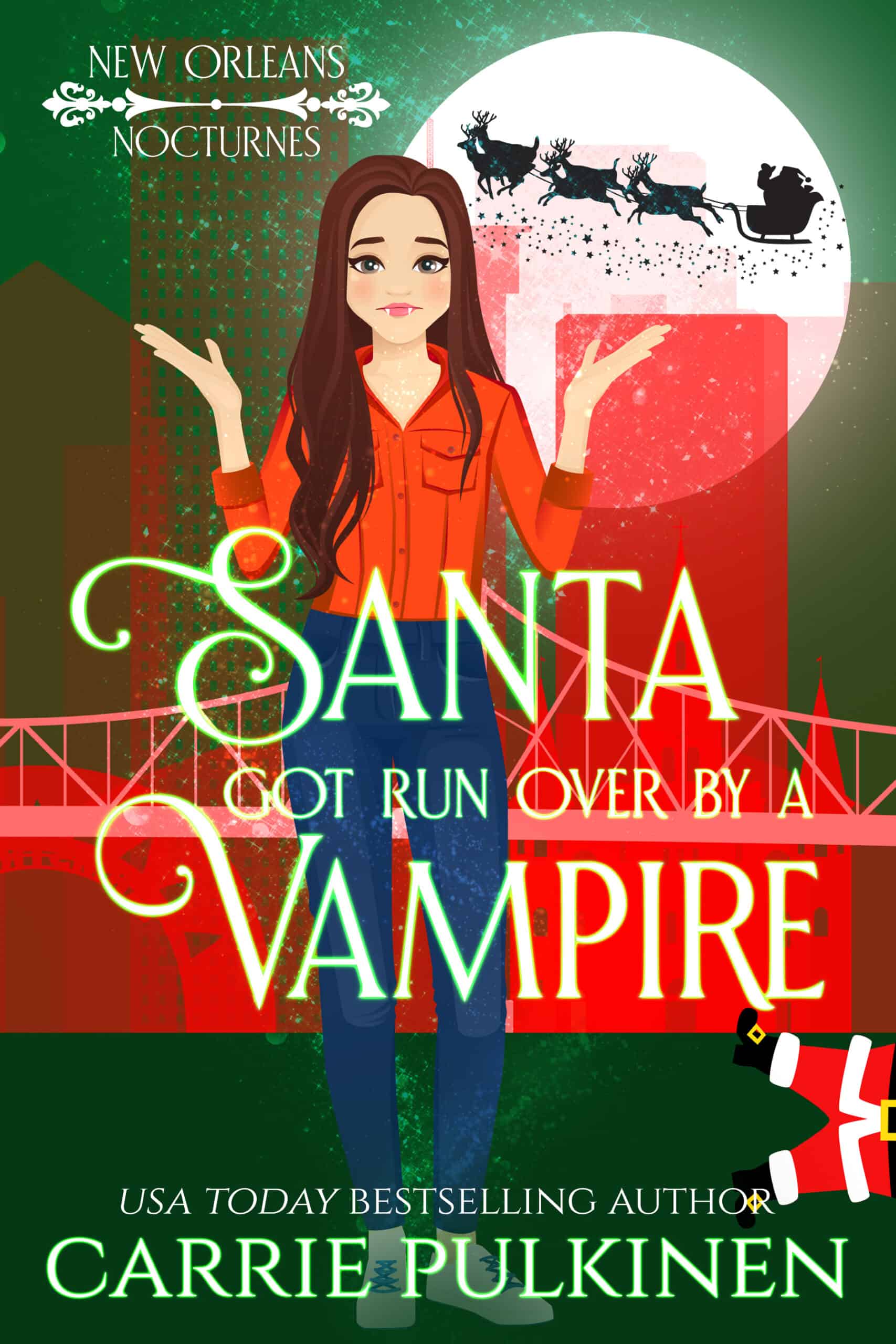 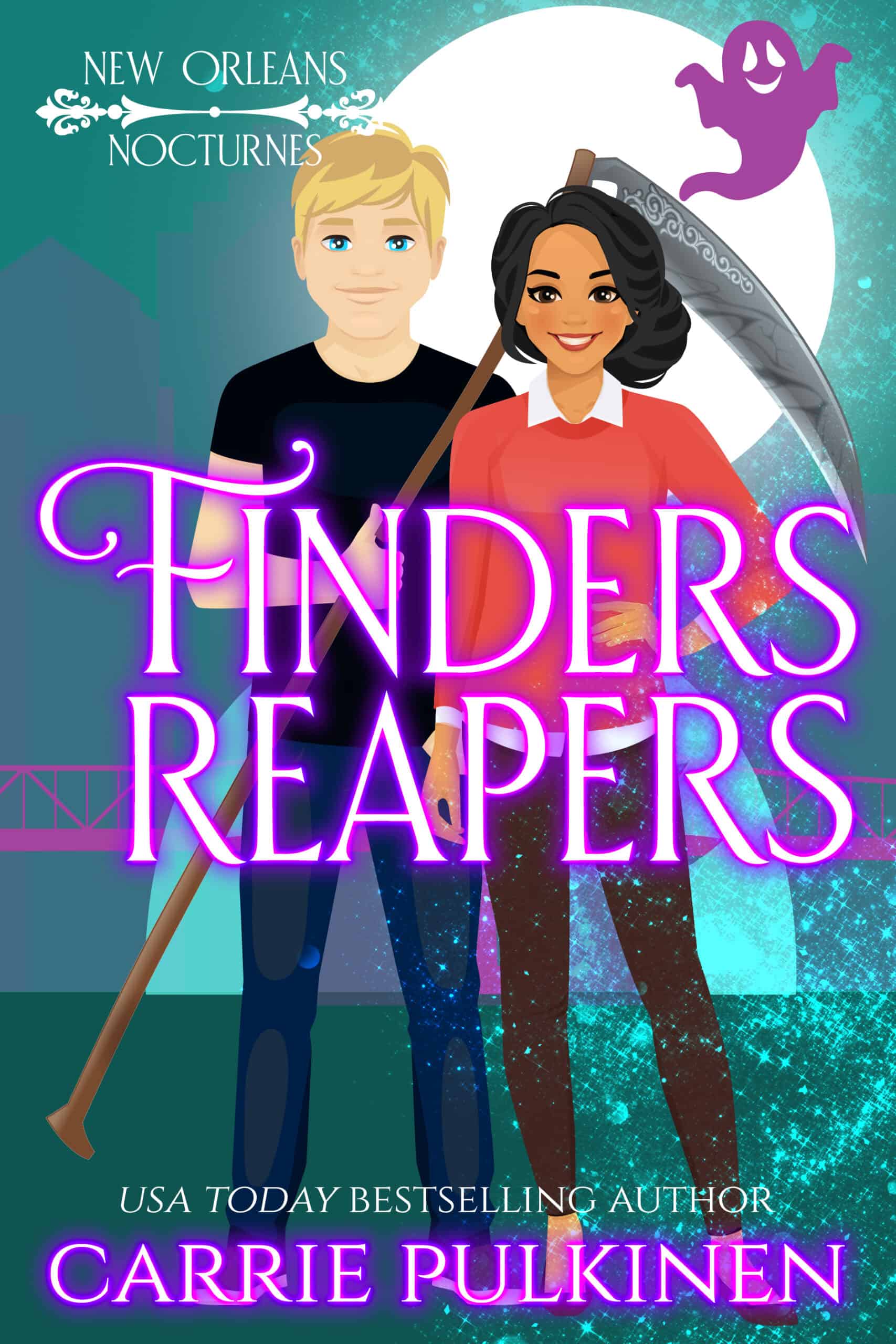 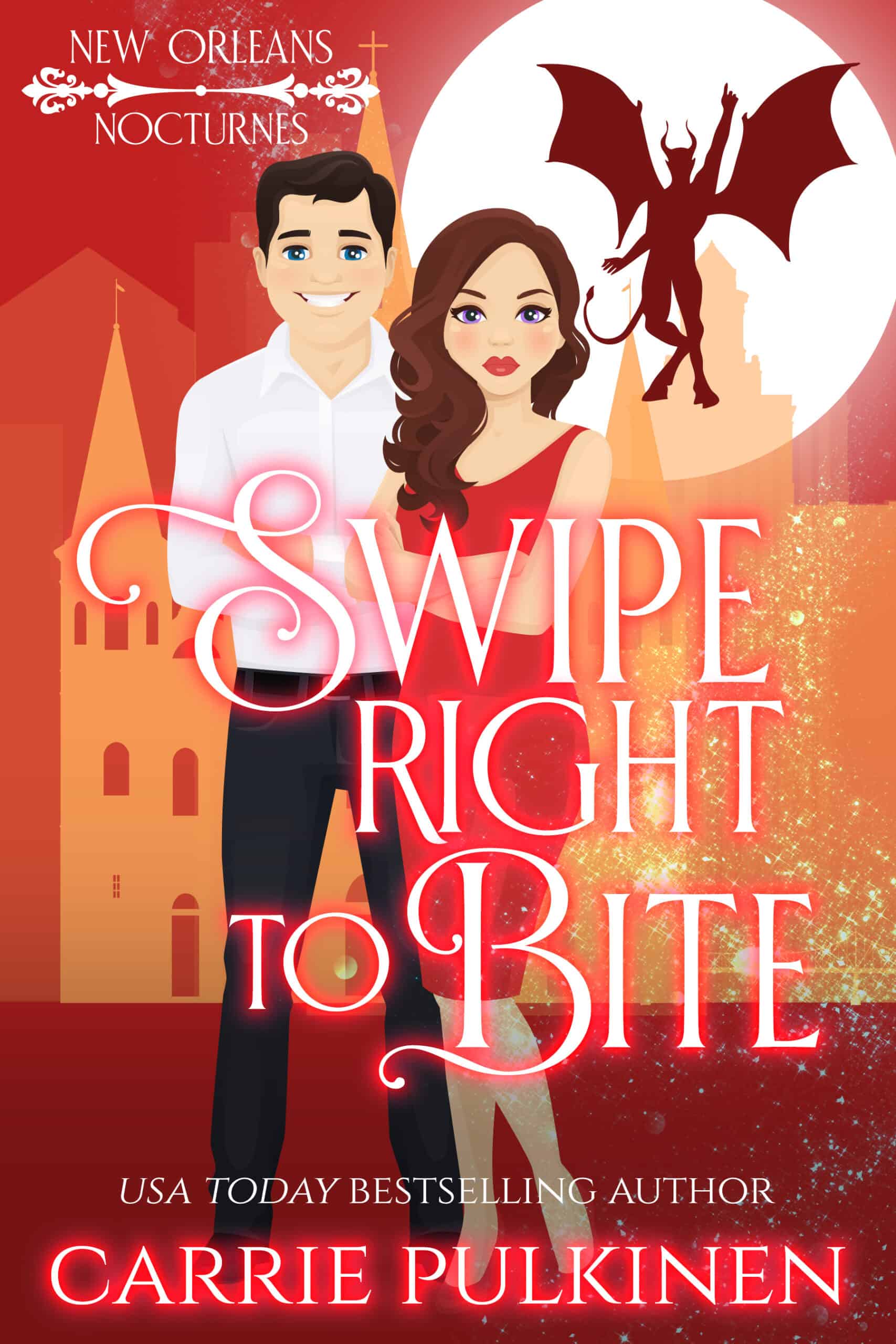 "This is a fun, sassy story that will keep you chuckling all the way through." ~Amazon Reviewer

"Again another story that made me laugh like crazy!" ~Amazon Reviewer

"This book is stupid funny. I don't remember when I laughed at a book this much. I loved it." ~Amazon Reviewer

"I have been anticipating this book since reading the last one, and the author did not disappoint. She brought the humor and sassiness I have come to expect from her heroines and the smoldering hotness that make her males over the top alphas." ~Amazon Reviewer

"A series that combines my favorite genre, paranormal romance, with a story that makes me laugh. It’s like hitting the jackpot." ~Paranormal Romance Guild

As Sophie opened the bathroom door, a cloud of steam wafted into the bedroom. She stepped from the tile to the carpet and froze. As if her armpit ordeal wasn’t enough, there, lying on his side, his knees pulled to his chest, was not the fluffy, rust-colored dog she’d brought home. It was a tall, muscular, totally naked man.

“Ah!” She dove for the pepper spray in her nightstand drawer. Holding it in her right hand as threateningly as possible, she rocked from foot to foot, her mind scrambling to catch up with what was happening. “Who are you? What have you done with my dog?”

“Huh?” The man blinked his eyes open and glanced around, disoriented. He held his hands in front of his face and groaned. “Oh, shit.” He slid off the mattress, putting the bed between them, and rose to his feet, his hands lifted in surrender.

“Who are you?” She waved her weapon, trying to hold a fierce expression as recognition dawned in her mind. She knew exactly who this guy was. “How did you get in here? Where’s my dog?”

She tried to hold eye contact, but her gaze kept dropping against her will. He had a broad chest with a sprinkling of auburn hair that trailed down the middle of chiseled abs, leading right to his… Oh my. Even flaccid, the man was hung.

“My eyes are up here, sweetheart.” He had a deep, rumbly voice that melted as smooth as Velveeta in her ears.

“You…” She looked into the deep honey-brown of his irises, but her gaze dipped below his waist again, her eyeballs completely ignoring the command from her brain.

He chuckled and held a pillow in front of himself. “Better?”

“No, now your dick is on my pillow. I lay my head there at night, you know.” She waved her weapon again, and he laughed.

“Would you rather I put my dick somewhere else?” Mischief danced in his eyes, and she tried to ignore the flutter in her belly.

“Are you hitting on me? First you disappear on me at the club, then you stalk me at the coffee shop. You break into my house, climb into my bed buck naked while I’m in the shower, and now you’re hitting on me?”