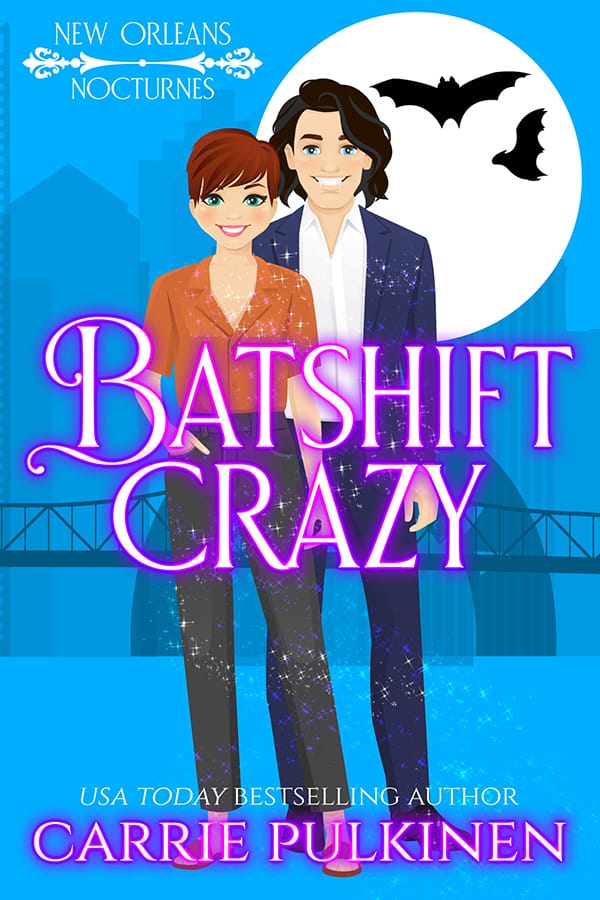 The shift is getting deep in New Orleans…

Gaston Bellevue has been single for one hundred years. He's a bat-shifting vampire who has amassed a fortune, runs a B and B for supes, and is living his best death in The Big Easy.

When his drunken bat collides with a windshield and he finds himself locked in a cage at an animal sanctuary, death as he knows it is about to turn batshift crazy.

Maeve O'Meara is the last bat shifter left in New Orleans…or so she thinks. When an adorable vampire bat is delivered to the Wings of Love Sanctuary in the middle of the night, she expects to find the creature there the next day. Instead, she finds tall, pale, and handsome Gaston in its place.

Maeve is terrified of vampires, but something about Gaston is so familiar. She can't help but be drawn to the mysterious man.

Until she's charged with a murder he probably committed. Or did he?

Can Gaston get his shift together and prove they're both innocent? Or have his shenanigans finally reached the end…of a stake?