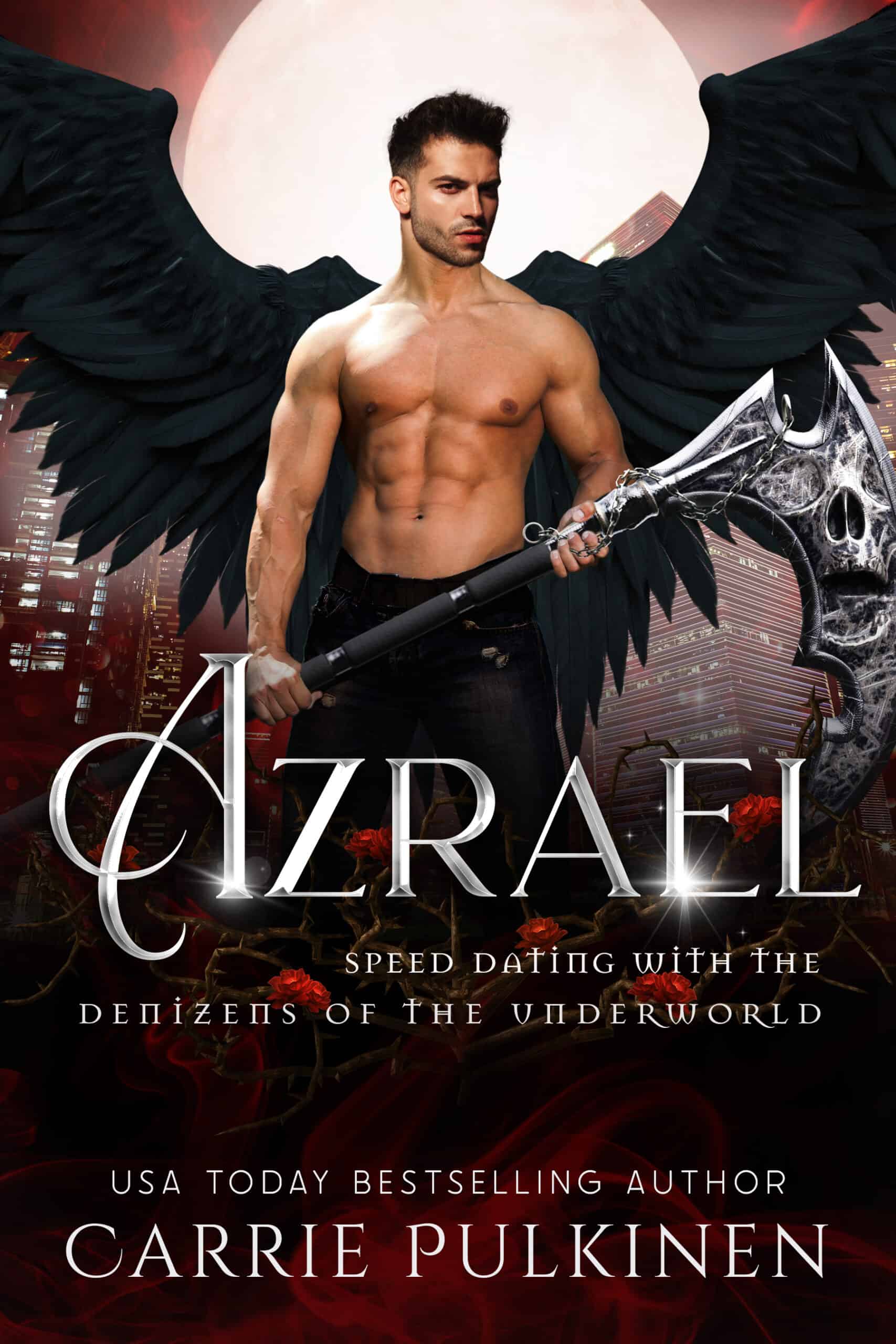 The Angel of Death needs to get a life.

Archangel Azrael—AKA the Grim Reaper—spends his life around death, and his job is taking a toll on his happiness.

At the advice of his therapist, he decides a night out with the living is just what the doctor ordered. To his dismay, it's speed dating night at DeLux Café, and the hosts refuse to let him leave.But when a bubbly blonde vampire catches his eye, she might just be the cure to this brooding angel’s woes.

Deirdre moves to LA for a change of scenery and a new flavor of the month. What better way to find Mr. Right Now than at a session of speed dating?

She sets her sights on a scrumptious dark angel, and he does not disappoint.

Deirdre has always had a hard time keeping her hands to herself, and the wicked sharp scythe glinting in the bedroom light—the object he specifically tells her not to touch—is just too tempting.

Azrael has three days to get Deirdre's soul reconnected with her body, but if she can't get over herself and forgive and forget, she'll be stuck in the spirit realm for good.

If you like sassy heroines and brooding heroes, you’ll love this opposites attract paranormal romance!